Learn what you need to know in less than 5 minutes. A Comprehensive Guide for Everyday Use.

The acronym, “OSHA” is familiar to most workers as it pertains to workplace safety and employee rights. As such, it may seem strange to think about how language services, such as interpreting, could connect to any kind of occupational risk. However, interpreters are often needed for a session in an environment where reasonable protections need to be in place. In some cases, interpreters are entitled to the same protections as other employees. Thus, employers must understand OSHA regulations as they apply to their usual employees and independent contractors. Additionally, interpreters are encouraged to familiarize themselves with these regulations to ensure they feel comfortable while on assignment. In this article, we will cover what OSHA means for any employee and employer. 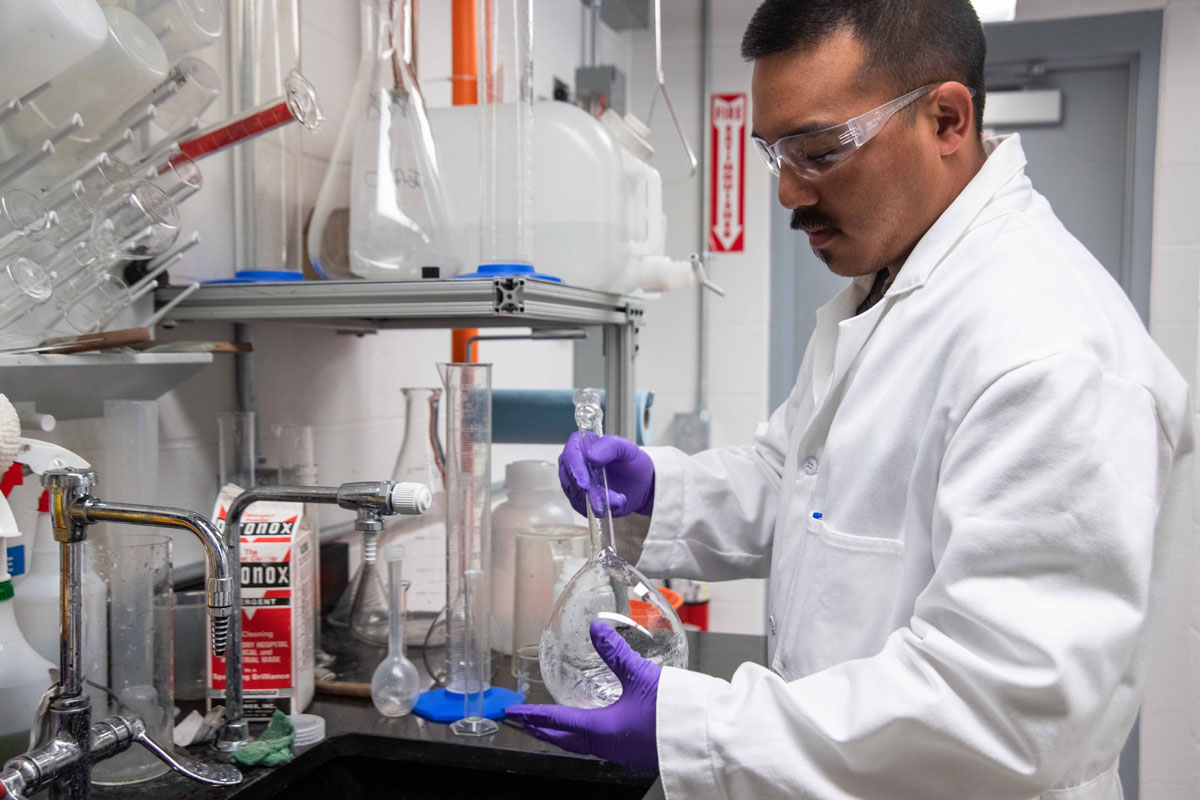 OSHA training courses are usually focused on helping employers create a non-hazardous space for all present. Given that almost all private businesses are required to comply with the Act’s guidelines, there’s something for everyone to learn. Global Arena’s course is no exception, but it goes further by considering how these issues apply to onsite interpreters. Even if you think you know everything about occupational safety, a refresher to cover these finer points is always useful. The course’s modules cover a range of topics:

So what is OSHA? OSHA stands for the Occupational Safety and Health Administration and is part of the United States Department of Labor. To best understand OSHA and its standards, one must first look at the separate components that make the acronym.

O: Occupational: pertaining to work and workplaces. The goal of OSHA is to “assure safe and healthful working conditions for working men and women by setting and enforcing standards and by providing training, outreach, education, and assistance.”

S: Safety: OSHA exists to inspect workplaces and ensure that government standards are being upheld. The ultimate goal is to prevent workers from being seriously injured or killed while on the job.

OSHA was created following the passing of the Occupational Health and Safety Act (OSH Act) of 1970. This era included rapid industrial developments in the USA. Prior to the OSH Act, industrial workers had to rely on labor unions for protection or compensation after an accident. One motivation for the law was to stem these accidents before they happened. The goal is to avoid both employee concerns and employer predicaments. Richard Nixon signed the Act into law on December 29, 1970. The OSH Act is distinguished from the Administration responsible for enforcement.

The purpose of the OSH Act is to prevent workers from being seriously injured or killed while on the job. The OSH Act sets health and safety standards to which all private sector employers and workplaces must adhere. The best way to summarize OSH Act is by using the General Duty Clause: “29 U.S.C. § 654, 5(a)1: Each employer shall furnish to each of his employees employment and a place of employment which are free from recognized hazards that are causing or are likely to cause death or serious physical harm to his employees.” In layman’s terms, an employer must keep their employees safe by addressing everything that could reasonably cause harm.

Note that there are exceptions to the rules: some family businesses and government entities are not required to be compliant. Furthermore, there are several cases where independent contractors and other non-employee workers aren’t protected. However, other laws usually cover these cases. Regardless, it’s wise to follow OSHA guidelines of your own volition. The guidelines are comprehensive standards created to be mutually beneficial to employees and employers. An ideal workplace is a safe workplace.

Everyone in a company has a level of responsibility to pay attention to the workspace, watching out for possible hazards. As an employee, one must document issues as they’re found and bring them to the attention of managers. Managers and other administrators must then immediately try to rectify any situation that causes employees risk or unease. Given OSHA’s industrial heritage, one goal of this process is to vertically build trust through open communication and mutual respect. If employees feel that their needs are not being met or even addressed, it aggravates any accident that might occur.

The following list of Employer/Employee responsibilities gives an overview of OSHA guidelines for the general workplace. A “General Workplace” is defined as a workplace without specific industrial or otherwise unusual risks. General workplaces include offices, schools, retail businesses, non-chemical fabrication plants, and the like. A general workplace includes both “highly-skilled” employees and support staff. Support staff often lack the specialized training of their “highly-skilled” counterparts and are thus in need of extra protection measures.

OSHA Guidelines for the General Workplace:

As well as regulating employer standards, OSHA also protects and establishes employee rights in the workplace. This is vital to understanding OSHA and the OSH Act and is key to applying OSHA standards to daily life. OSHA and the OSH Act protect workers as well as employers, making the Act a revolutionary piece of legislation. For all of American history prior to the Act, workers were traditionally treated as expendable. Particularly in factories and other mass manufacturing facilities, worker safety was secondary to profit.

The 1960s introduced a growing awareness of how industrial chemicals impacted the environment and, especially, the workers exposed to them. On January 28, 1968, President Lyndon B Johnson introduced a bill designed to protect workers from these effects. This bill is a clear precursor to the OSH Act, but was unfortunately struck down as “too strict.” Businesses were uncomfortable with the “mandatory” nature of the guidelines. Economists theorized that if put into law, the bill would slow the economy to a stopping point.

Richard Nixon proposed new legislation: bills that would later become the OSH act and lead to the formation of OSHA. These 1969 bills suggested that workplace safety conditions be advisory rather than mandatory. The bills offered an opening for stricter legislation proposals (similar to Johnson’s bill of the previous year). The stricter bills were finally passed and signed into law.

Empowered workers are safe workers and knowing your rights as an employee is paramount in creating a safe workplace. Worker rights and employer responsibilities work hand in hand to ensure the best possible environment for all.

Worker Rights in the General Workplace:

Who is required to adhere to OSHA Standards?

OSHA standards apply to most private sector businesses in the United States with more than ten employees. The standards also apply to some public sector employers and workers. However, there are a few notable exceptions:

Workers for whom OSHA standards technically don’t apply still have resources in the Administration. These workers have the right to make complaints and reports to their federal OSHA regional administrator if they deem it necessary. When a non-covered worker makes such a complaint, the OSHA regional office determines the necessary follow-up steps. There’s no guarantee of an official inspection but a follow-up with the Department of Labor is possible.

Working interpreters are often considered independent contractors, rather than employees. Therefore, it can be difficult to tell if they’re covered by OSHA regulations. The OSH Act is written in such a way that it allows courts to decide what constitutes an “employee.” Regardless, having a safe environment for all actors involved in any professional activity or scenario is an absolute necessity.

Courts determine whether an individual is an employee or an independent contractor with standard tests: Common Law and Economic Reality. Common Law is straightforward. The Social Security Administration defines it thus:

“The common law control test is the basic test, using the common law rules, for determining whether a relationship exists between the worker and the person or firm that they work for. Under the common-law test, the employer has the right to tell the employee what to do, how, when, and where to do the job.”

The Economic Reality test uses six questions to determine whether a worker is an employee or an independent contractor:

Courts typically use a combination of both methods to determine if a worker is an independent contractor or an employee.

Are Interpreters covered under OSHA?

Though interpreters working as independent contractors aren’t technically covered by OSHA standards, personal safety is still a must. All interpreters should be cognizant of their surroundings and potential threats to their safety. If in question, immediately report an event or potentially unsafe environment to your supervisor or interpreting manager.

One of the aims of OSHA is to collect data to better identify workplace hazards and create statistics. These statistics can be used to inspire and form injury and illness prevention programs. In 2019, OSHA determined that the top ten most commonly violated standards pertained to:

Managers should arrange for regularly scheduled visits by OSHA inspectors to verify that their workplaces are performing their due diligence. Many businesses, even seemingly low-risk offices, have OSHA guidelines and a record of compliance posted somewhere for employees to see. An important component here is awareness: everyone should know the rules, what they entail, and how to follow them. Knowing the inspection process will help you navigate an inspection. Keep in mind that the easiest way to pass is to follow the rules in the first place.

Preparing for an Inspection:

The best preparation for an OSHA inspection is to be constantly vigilant about health and safety hazards in your workplace.

Here are a couple of tips to prepare for a successful inspection:

Despite employers’ best efforts, violations—inadequate protection from a hazard, a developing structural problem in the office—sometimes sneak through. When this happens, it is incumbent upon anyone who observes the violation to immediately report it to their manager. OSHA has strict reporting and risk mitigation procedures that must be understood by all employees at all levels. The easiest way to fail an inspection is to neglect the OSHA Preparation steps when problems arise.

So, as an employer, you may still be wondering: where do interpreters fit in?

If you employ interpreters on a construction site or in an industrial plant, OSHA standards are clearly relevant. Interpreters should be cognizant of possible risks or violations, obvious or otherwise, in any workspace. It’s also understandable to need interpreters during a company-wide OSHA training, for businesses that employ limited English-speaking people. In this case, the interpreter receives the benefit of the training while interpreting for their colleagues.

Including interpreters in your company OSHA trainings fulfills your employer responsibilities under “language.” When a company schedules a session about how to handle inspections and violations, everyone should be able to understand everything. If you’re an interpreter, knowing the finer points of the regulation can help you better articulate this information to others. Unfortunately, there are also moments where a legal interpreter may be needed after an accident or injury. Having an understanding of OSHA regulations in the courtroom is highly beneficial for such cases.

It’s difficult to understate the benefits of this more nuanced understanding. Following OSHA regulations can be distilled to a single, straightforward principle: workplaces should be safe. As businesses are legally held to a certain standard of risk management; everyone within them should be aware of that standard. By completing an OSHA training module, you can rest assured that you have the requisite knowledge to handle risky situations.

We use cookies to ensure that we give you the best experience on our website. If you continue to use this site we will assume that you are happy with it.OkRead more